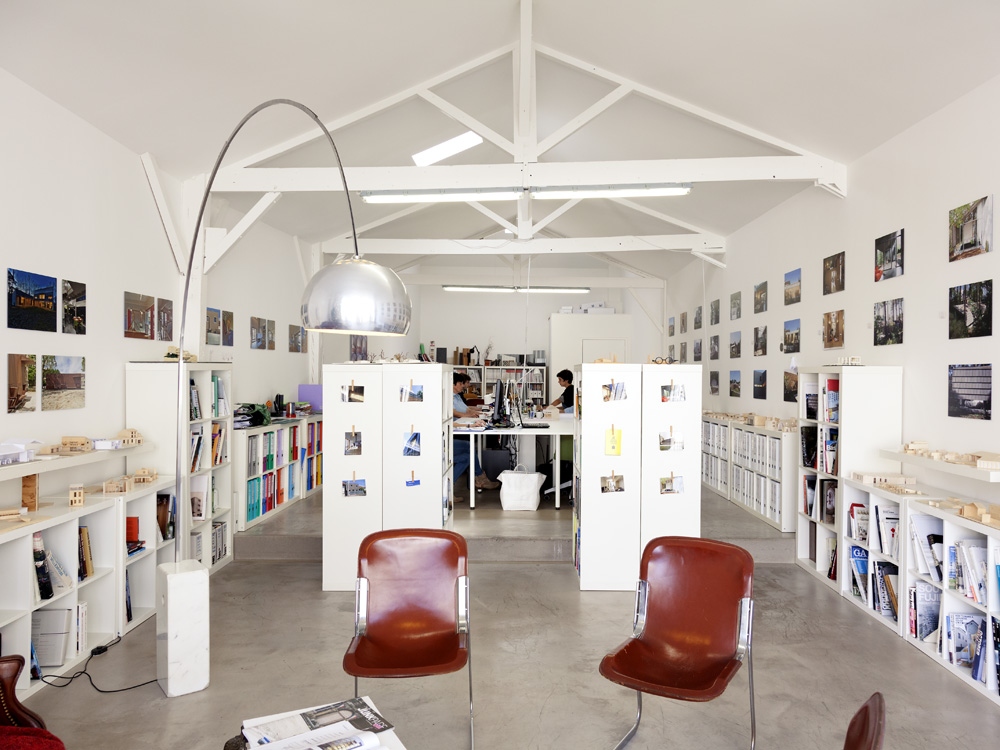 Philippe Brachard was born in 1970. After a science-based baccalaureate, he was accepted to the Montpellier School of Architecture, worked for A+ Architecture and obtained his degree in architecture in 1999. He then settled in Bordeaux as an architect project manager for the Baggio-Piéchaud Agency where his responsibilities included collective housing and educational institutions. During the same period, he undertook training in engineering construction techniques at National Conservatory of Arts and Crafts, later setting up as an independent architect in 2006.

Philippe Brachard also teaches at the Bordeaux School of Architecture and Landscape and at Ecole de Condé in Space design.

Pascale de Tourdonnet was born in 1964. After an arts-based baccalaureate, she obtained a degree in international business, taught French in England, and then worked with the Japanese butoh dance company Ariadone. Her desire to become an architect was born from this decisive encounter with contemporary creativity. She obtained her degree in 1995 from the Bordeaux School of Architecture.

For ten years Pascale de Tourdonnet has been taking part in the development of the architects collective Atelier Provisoire, of which she is an associate architect and co-manager.

Pascale de Tourdonnet also teaches at the Bordeaux School of Architecture and Landscape.

In 2001, Philippe Brachard and Pascale de Tourdonnet began to work together occasionally on low-cost housing projects. This led them to reflect on ideas of the essential, the superfluous, and what is "just enough" in terms of living.

Their shared taste for simple and economical geometry, and for experimenting with unrefined materials put together in a rudimentary but accurate way, led them to found the Brachard de Tourdonnet Architecture Studio in 2008.

Together they create housing projects, as well as public facilities that implement on a larger scale their search for a welcoming architecture, full of emotion and poetry.

Their work has been widely published in architectural magazines, both in France and abroad. AMC magazine has recognised the quality of their projects, selecting them among its "100 Buildings of the Year" in 2008 – Maison espérance, in 2010 – Maison à tresses, and in 2011 - Maison du rond point. The AGORA Architecture Biennale has successively awarded Maison esperance in 2010 and Maison de Blaise in 2014. The National Wood Construction Prize was awarded to Maison étroite in 2015 and the Label Curiosité to Maison à tresses (2019).